Everything you Need To Know About Mulch 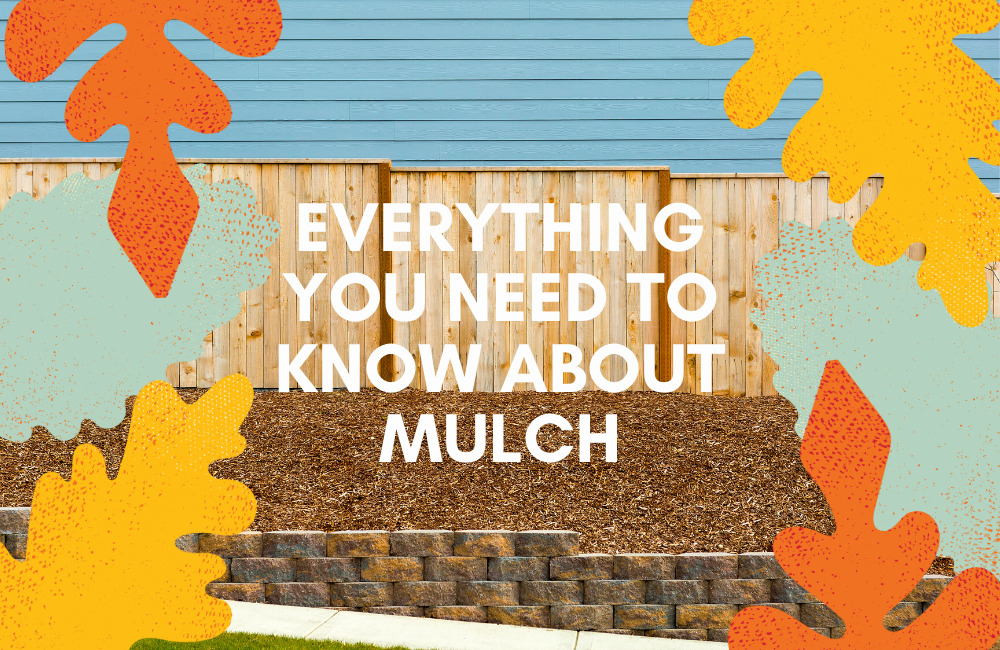 Simply put, mulch is a layer of material that is applied to the surface of the soil, so that moisture can be retained, helping your grass grow even healthier than before. While the soil provides the necessary base and nutrients for your grass to grow thicker, healthier and more beautiful, it can’t do its job if there is no moisture in the soil. So, in order to retain that moisture in the soil, and make your grass healthier in the process, mulch is spread over the surface.

There are other added benefits to using mulch. It helps improve soil life and, depending on the type of mulch you use, the fertility of the soil. It also helps suppress weeds, deters pests, improves soil texture, and protects roots from extreme temperatures. If you’re using decorative mulch, then it will not only give an aesthetic feel to your garden but could also help in improving the life and quality of your garden.

The Different kinds of Mulch

However, organic mulch is worth the extra effort as it not only helps avoid weeds from germinating, it also saves on water as the moisture retained in the organic mulch can be used for the soil. Also, considering that organic mulch is made up of organic matter which decomposes directly on top of the soil, it helps improve soil fertility significantly.

There are some drawbacks to inorganic mulch. It doesn’t provide as much fertility to the soil as organic mulch and, if you’re using plastic, then you’re also harming the environment even more. Also, materials such as rock and plastic would retain heat from the sun, exposing your grass to increased temperatures for long periods of time. They also do not provide much protection in the winter and many homeowners have to sprinkle organic mulch over their inorganic one during the colder months.

How much does mulch cost?

A common question is how much does mulch cost, and the answer is never really that simple. In nutshell, the cost of mulch would depend on the type of mulch you want to get, the area that you have to cover, and the thickness of the layer of mulch you want to put on the soil. Organic mulch, on its own, would usually fall in the $60-$100 range. Wood chips are the cheapest, while hemlock mulch is the most expensive organic mulch in the market. The price of inorganic mulch would depend on the materials that are being used and their quality.

Labor costs for mulching are seasonal but usually fall in the $150-$300 per square yard range. Labor is cheapest usually in late fall or early winter as the business is slow during this time.

If you are interested in learning more about the expenses you might occur on your next project, check out our blog “Landscaping Costs” for more details.

However, if you are inexperienced and have never attempted mulch installation before, then just decide when you want to hire a professional so as to save money. Don’t attempt to mulch the yard yourself as you could end up doing it wrong and damage your lawn in the process. If you are looking for mulching services in Halifax, you should contact the Halifax Landscaping Pros.

How much mulch do I need?

This is a question that is best answered by a professional, hence the recommendation above to hire one. However, we’ve come up with a general guide which can give you an idea of how much mulch to use.

First and foremost, you need to decide the depth to which you want to mulch your lawn. There isn’t a standard depth as it depends on the type of mulch you are using. Sometimes a deep layer of inorganic mulch causes roots to suffocate and cause water to shed off the top layer of mulch, which means no water gets to the roots.

For finely textured mulch, like shredded hardwood or shredded forest mulch, a 2-inch depth would be sufficient. You can consider going to a 3-inch depth if your lawn has had time to firm its roots. For a coarse texture mulch such as pine bark nuggets, that allows more air and water movement, you can go as deep as 4 inches.

You need to note that mulch is always sold in the cubic yard and, therefore, you need to convert that area into a square yard to estimate the amount of mulch you’ll need. As a general rule of thumb, 1 cubic yard of mulch covers a 324 square foot area, allowing for a depth of one inch. So, for example, if your area is 648 square feet and you want a depth of 3 inches.

Where to Landscape Design Services Near Me?

We offer a full range of landscaping services from Lawn care to tree trimming to the entire Halifax Metro area and HRM.